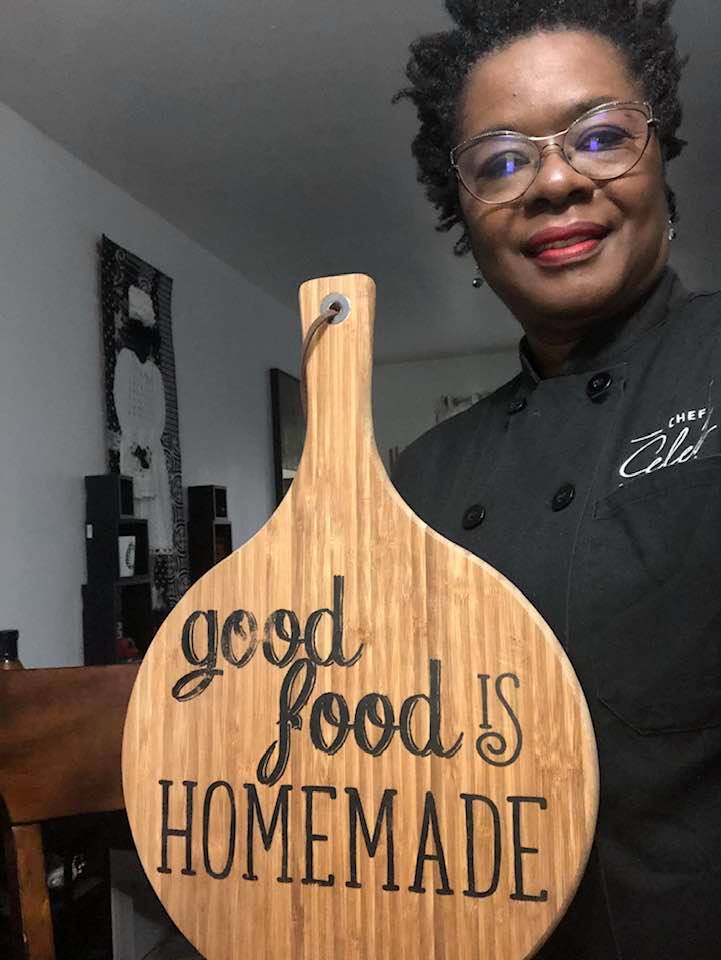 At the tender age of 11, Detroit native Chef Celeste fell in love with Louisiana cuisine when she discovered Justin Wilson on public television. Determined to follow her early calling to become a chef, she received her culinary training in Hawaii. That exposure to Pan Asian cuisine, combined with her love of fresh, “farm to table” ingredients, shaped the unique, enlivened interpretation of Louisiana cuisine that she shares today.

As a chef and food producer, she has captivated the palates of Pentagon staff, Rosie O’Donnell, Matthew McConaughey, John Edwards, and the casts of numerous blockbuster films. Her skill and perspective have earned accolades that include Chef of the Year from the American Culinary Federation, the Seafood Award from Capital Chefs’ Showcase, and first place in the Fall Heat Cooking Competition.

Because these events led to so many requests for spices and seasonings, Chef Celeste began packaging and selling Louisiana Honey Mustard and her new line of Senior Seasonings.

Chef Celeste shares her love of Louisiana cuisine through her two locations of Chef Celeste Bistro, catering, and through podcasts and webinars.